Warning: Language? =D I swear. That's just me! Maybe don't read from work. Or do? Your choice!

I didn't mean it. It was out of my mouth - a cold breath in, a warm breath out- and then it went all bells and whistles around the neighborhood. It carried back and forth though these old, vacant lots. Not vacant enough, though, to prevent it from finally pinballing back to us. Us, in that we sense, of not only me, the two people about half a football field away. One guy, one girl.

My brain blanked a second, and in the time that fell between what happened and what didn't, I evaluated this:
- How surprising the very sound had been. How, if a sound could actually make something happen, the sound I had just made would, definitely, be it. I was witnessing a miracle. An intangible thing turning as tangible as a slap right in front of my face.
- How, as the guy turned his attention from the other girl to me, I'd succeeded in whatever intention my unconscious self had had for this scenario. Apparently, now that my resting self, and my conscious self were finally talking again, I was going to be a hero. Whatever end my unconscious self had for either of us, at least the girl at the end of the field wouldn't feel alone.

Only problem, I had nothing on me. No weapon more complicated than a spoon. I'd taken down guys before, but the guy at the end of the field was a monster. Two and a half bucks, easy, and I weighed in at 110.

He moved like he'd grown up stalking things. Like a hunter's son, trying for the perfect approval. He wanted to put me down.

I shrugged my jacket, watching the girl take out her phone and dial.

I raised a small prayer. It left just as unconsciously as this whole thing started, and I gave pause to the thought that maybe I should put a little more brain power into considering things before I actually did them!

When he came at me, I'd already curved the plastic spoon into the palm of my hand, the hardened plastic digging into my pulse. I'd left less than a millimeter or two of it exposed, just sharp enough to cut into his face. To leave a huge pressing injury, blinding his eye, a crescent shape cut from his forehead to his cheek.

He reeled back, wiping the blood out of his eye. I watched shock turn into a hungry interest. I'd piqued something so dark inside him, it came up with fascination. An excitement no one had any business inciting.

I muttered, "Fuck," falling back as many feet as they would carry me.

"I'm going to enjoy this," he replied.

When he came at me again, it was with newfound steam.

No one is lucky all the time. I missed the first three punches, but caught the end of the last one with my jaw. It sent me staggering. I tried to dance out of it, to put space between us, but he was on me in an instant, pulling me down to the ground, climbing on top of me.

On my chest, his knees digging into my sides, he sat back to study me. Like a butcher, he sized my body into quarter sections, rubbing his hands together. He'd waited to pull the knife. It hung between us, brilliant like diamonds, light from the field flashing off the blade. It sent starbursts in every direction.

He was so close to the core objective. I could smell the defeat. His cold sweat landed on my neck and slid. There was nothing I could do.

That's when he started to jerk like a fish out of water, dying in the August sun. Falling to his side, he gave me enough space to wriggle out.

At his feet, a young black officer, stood. Her stun gun ready to deliver another bolt if dude moved. Another cop was sprinting the distance from his car to where his partner had just saved my life.

I fell into a chair, my elbow nudging the box of spoons, sending them cling clanking like my bruised bones. There wasn't a place I didn't hurt. But all the hurt in the world was better than never drawing another breath.

I might have sat there, too, quietly thanking those god-damned spoons. 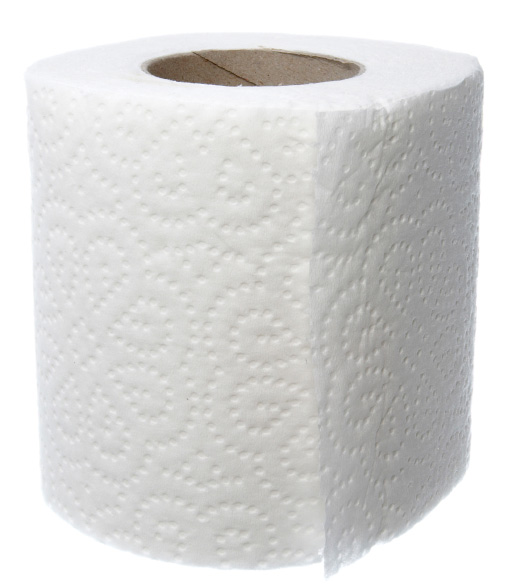 My first experience with the toilet paper game was on an excruciatingly hot Saturday night, in the middle of August, on the fourth floor residence hall at Illinois State University. I was homesick as all get out, and had spent the whole day crying, trying to reasonably uncouple myself from my sisters. I'd raised them from nothing, and, so... letting go was really hard on me.

I wasn't in the mood for games, you know? But that didn't stop our RA from plunking us down. She pulled out a fresh roll, carefully undid a few sheets, wrapping them around her hand, and then passed it on. A few of the girls said they'd played before at camp. They took no more than three or four sheets. For those of us new to the process, though, we grabbed more.

I remember. I grabbed nine sheets.

After we'd collected the goods, the RA broke the news to us, and said that for each sheet we'd taken, we'd need to come up with one fact to tell the group about ourselves.

It doesn't sound like an overwhelming task, but in truth? Sad, alone, and more than a little afraid, coming up with nine things seemed like the math part of the SATs!

I'll be a son of a gun, though, if by the end of that night, everything didn't change.
( Collapse )

There have been a lot of times that I've written here with intention. A want to inspire. Create. Love. Rant. Breathe.

When I first started, a little more than fifteen years ago, I wanted to cure an incurable loneliness.

After years of talking, and all the friendships made (unfortunately, some animosity, too), I left with the hopes of finding peace. A settlement I found, and sidled into, left to its honest shelter.

Now, ... well, now, I'd just like to write for myself. To play in the illusion of being less the responsible adult, and more the carefree dreamer. =D

This'll stand as my declaration for joining

therealljidol this year! =D I hope that, if I still have anything left to offer in this place, it'll be something good. Something happy. I look forward to sharing that!

She makes me catch a breath.
Every goddamn time.

When she laughs, when she smiles,
I want to put it on film,
listen to the playback.
I want to feel the curve of her lips against mine.

She's filled with light.
No one can resist her.
Surely, I'm not to blame.

For wanting to drag her into shadow,
and put my hand up her skirt,
touch the white-hot flutter in her belly,
before I make her come.

To Robert I'm a super model angel that eats specialty foods off of little dishes. I have cats, I love the color blue, and everything is neat and pristine. Robert sees areas for improvement. He tells me he has to write what those improvements are and that, eventually, I’ll have to come to them on my own.

Every minute with Robert is like-- chaos. Like cutting open a wrist and knowing I'm going to do it while I'm putting pressure behind the knife. I just know Robert's going to twist the skin so he can watch it bleed.

Robert calls me the perfect Alpha, but sexier. I have good manners, and not only do I eat things off little dishes-- I use little utensils as well. I get along with people. I have hot sex with my husband. Robert thinks I live on Mars, because I'd make a better gypsy, or spybunny. He thinks I should be crazy.

I walk away from Robert and I feel unsafe. Like I shouldn't turn my back-- one second around and he'll have me pinned to the wall—spread eagle and twitching. Prying up my meat with a serrated teaspoon, licking his lips like he'll tear me apart--

Robert likes that me and my man get along. He wishes we had room in our place for a pet. Something we could keep in a cage by the door and throw it bones. He thinks we like monsters and he'd love to be one.

He pictures me sweeping his cage, the boy chained to the wall while I clear debris. He thinks I'd let slip a comment-- so unlike me-- saying of a neighbor, "I could eat her face...” Robert offers, but only to be helpful.

He says he's waiting for Mrs. Wrong, and I'm so goddamn Mrs. Right. I tell him I'd let him dirty me up. Bruise the good girl inside me. Thinks I'd suck his blood and poetry dry and scorn him for not having enough to satisfy my dark thirst. Says it with an open vein, tilted head-- offering up.

I push him away because Robert says always get up from the table hungry. Hunger is the best spice. Crime is another. Blasphemy is more obscure but no less delightful. Fear compliments Shame but they only taste good with Love. Love makes everything taste better. Less can be more, but enough is too much.

It's a night of reduced trust. He's still whispering from the shadow of an alley-- We'll mix burnt umber, cadmium yellow, with lithium white, cobalt blue and flat black. We'll stir in some rouge noir, a fresh plum and powdered butterfly wings. We'll make a fine mess. I'll start fasting today. I'll save my daily ration of crumbs, hoard them up. When I hand it over to you it will be a thick, rich, sweet, piquant syrup. I'll give you a taste for free.

I don’t tell him, but I think I’ll die choking on him, and I won’t hate it one little bit.

We are no longer segmented tribes relying on native ingenuity for health and prosperity. Tiny, little self-sustaining enclaves of sovereignty. We are readily manipulated, instantly accessible- hand to mouth- convenient, in the blink of an eye.

We are twenty-four/seven, spread out across seas and deserts, at the ready, written up in blog-o-spheres, show-n-tell style, verbal sects of secrets and means. Digital society of rules and norms.

We blow microcosms into macrocosms, engine picking up speed, until the lines defining you and me are so out-of-shape, we forget to tell ourselves apart. Forget we even can.

We hurtle through space towards groupthink, and grouptalk, and groupmind. Origins of originals from uncut cloth, time-stamped and punched out- fabricated clichés.

We live chain-link lifestyles, a sucking commensal whorl. Eating independence like a bloated tick. Until it falls off, fat and dead—destroyed by glut and opportunity. Feeding death because we let it.

So pull the plug. Let the lights go out. Untangle. Un-fear. Un-unite. Live lonely, learn yourself. Then see your brother and your sister, line-by-line. The shape and fabric of each beyond the super-connected tissue of a world passing by.
Collapse